Italian car maker only a statement The SP48 Unica is a one-off, created through the Special Projects program, which allows major customers to create one-of-a-kind cars alongside the Ferrari design team.

The anonymous owner worked with Flavio Manzoni, the company’s chief design officer, to come up with this bright red color super car Based on the F8 Tributo. It’s got a twin-turbo V-8 and will probably get the same 710 horsepower and 568 foot-pounds of torque, but it’s also got some notable changes.

The windshield is made to look like it continues to go up to the roof of the car.

Compared to the Tributo, this custom Ferrari has an angular, arrow-shaped body. To achieve this effect, the headlights and taillights have been completely redesigned, with the taillights inspired by the Ferrari Roma.

To give the appearance that the car was built from a single piece of metal, the front window is designed to have a visor effect, making it appear as if it were stretched out over the roof. This dynamism is emphasized by the smaller side windows and the completely eliminated rear window. Elsewhere, the entire front grille has been redesigned to have a 3D effect, and its hexagonal pattern is featured on the roof and interior of the car.

Inside the two seats there is no sagging either. While most of the technical aspects of the F8 Tributo have been retained, the color and trim have been updated to better align with the custom aesthetic. Black Alcantara can be found on the seats and most trim trims, and there are pops of red-orange fabric that matches the Unica exterior color. 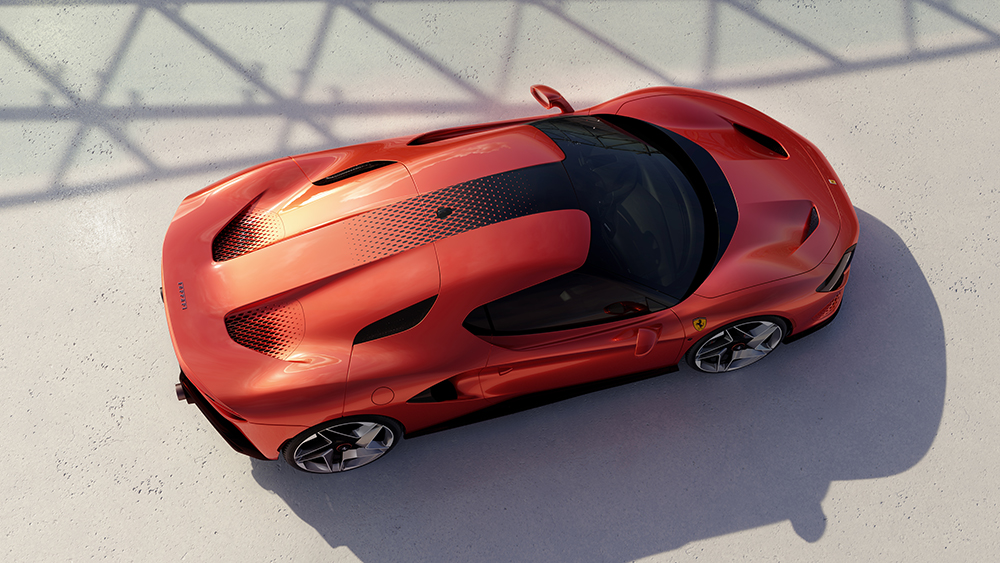 The honeycomb pattern is found on the car’s roof and throughout the car.

It is worth noting that none of these designs change the performance of the car. In fact, the custom SP48 Unica has an improved aerodynamic balance that lowers overall drag by 12 percent. Hey, Ferrari’s Special Projects program may have started on something after all.