NASA’s first integrated spacecraft and Space Launch System (SLS) rocket for NASA’s Artemis 1 lunar test flight returns to Launch Pad 39B at Kennedy Space Center (KSC) in Florida with hopes of completing the last major test before its inaugural launch planned for later this year . Repairs and maintenance were carried out in May, both at the Vehicle Assembly Building (VAB) in KSC and outside the Aerospace Center at the Air Liquide nitrogen plant.

Attempts in April to complete the Wet Wear Proofs (WDR) demonstration test were postponed due to multiple outages of gaseous nitrogen from the off-site plant and then omitted due to issues with the portable actuator’s two-stage liquid fuel SLS fueling connections. Exploration Ground Systems (EGS) and lead launch contractor Jacobs are looking to get the flight and ground systems ready for the next WDR attempt about two weeks after the vehicle arrives at Pad 39B.

Return to the board after solving problems

The first movement of the Crawler Transporter-2 from VAB carries the Mobile Launcher-1 with Artemis 1 The car is scheduled to be shortly after midnight ET on June 6, the start of the journey to Pad 39B. The approximately four-mile distance from High Bay 3 to the raised cushion surface is expected to be completed in 8-12 hours, when the Mobile Launcher is lowered to a “hard down” position on the stilts.

The first lunar-capable Orion/SLS craft returns to the platform six weeks after leaving to tackle The issues were exposed during three attempts to exercise on wet clothes in April. Problems were found with the flight and ground pad systems and gaseous nitrogen (GN2) supply systems at the Air Liquide plant.

Without the ability to safely perform propellant loading and unloading operations until the GN2 plant maintenance and upgrade work had been completed and verified, the vehicle was returned back to VAB in late April 25 to troubleshoot and resolve these issues in parallel. Now you’ll make another trip back and forth to the board to complete your WDR Countdown Demo test.

During the pad campaign in April, A check valve in the ICPS gas helium system has started to fail After performing maintenance on the relevant pad system after the 2nd WDR attempt on 4th April. NASA decided to work around the partially stuck valve and perform a WDR test that largely ruled out the SLS stage two from the fuel and tip countdowns, but that April 14 attempt was cleaned up when a hydrogen leak from a thruster line was detected in a primary stage of the navel.

(Photo Caption: The Artemis 1 is seen at VAB High Bay 3 on June 2. During the over a month layover at VAB, EGS and Jacobs workers removed external wires on the exterior of the vehicle that were used to record vibrations or small movements of the vehicle While rolling and returning earlier, one of the few “going forward” missions completed in parallel with fixes and adjustments from issues found during wet-clothes testing attempts in April.)

As it turns out, work on another classified issue has pushed the board’s second rollout from its original projections in late May to early June. During limited thrusts made with ICPS, outside air was detected within an enclosed area on one of the umbilical connections from the portable actuator to the upper stage.

“We modified the ICPS covert boots, which is the area enclosed by the rapid umbilical cord disconnect between the umbilical arm and the vehicle, and added additional leak detectors on the liquid hydrogen side in order to get some visibility of any potential leaks that might occur,” said Cliff Lanham, senior director of vehicle operations for the Vehicle Operations Program. NASA’s EGS, during a teleconference on May 27, “During Reservoir Operations.”

“We saw a little air being sucked in [hazardous gas detection system] Dr. John Blevins, NASA’s chief engineer for the SLS program, explained during the conference call. “We clean it up [area] With warm helium with these [quick disconnects] About this boot to prevent icing as well as other situations. “

“Any pollutant, even if it’s air, appears in our hazardous gas system as potential hydrogen, and we have four percent [concentration] limit it. We are adding some measurements [that] We’ll take it [the launch team] can use [to] We differentiate between this air and hydrogen so that we don’t close the system tank wrongly because [a] false alarm.”

“The trunk, as we call it, is a cover that slides up to touch a flat surface on the car,” Dr. Blevins later explained in an email. “It does not offer [a] Tight seal since we introduced it [purge] gas in the boot, and this positive pressure is generally sufficient to prevent air from being sucked into the boot.”

“[During] Last wet dress, when we cooled down the tub, we might have pulled some air. The shoe was readjusted to ensure surface-to-surface contact with the machined surface seat on the vehicle, and the strap buckle positioned appropriately to prevent ingestion.” 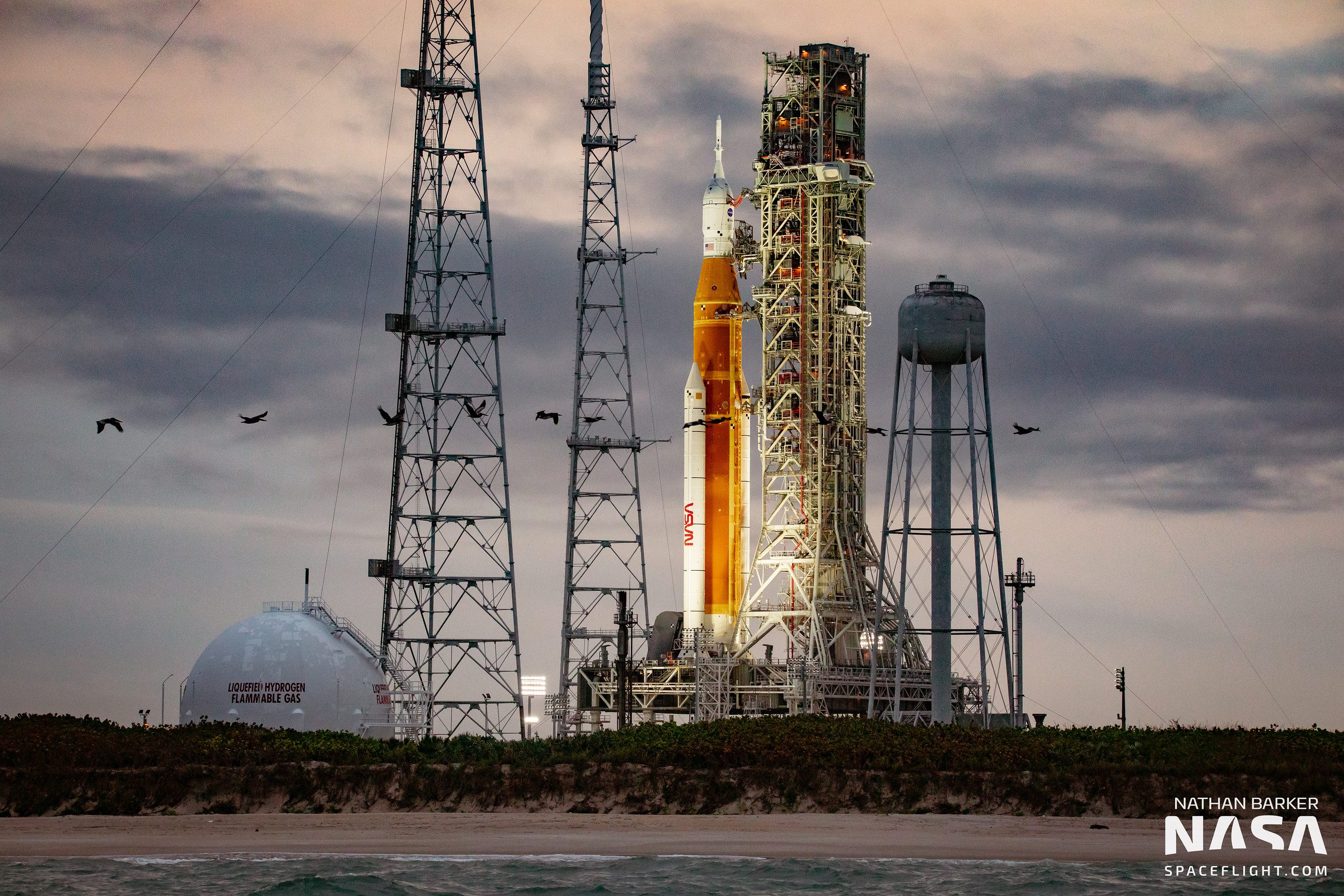 SLS on the LC-39B to try it out with the original 850,000 gallon liquid hydrogen storage ball for the pad left. (credit: Nathan Parker for NSF)

“And since there are remaining concerns, and it’s hard to get to this place on the pillow, we put in extra sampling tubes to separate in whether the air is being drawn in to make sure we don’t sound an alarm about contaminants unless it’s really hydrogen leaking, which is supposed to relieve of the purge process on boot,” he added in the email. “There were no modifications to the boot, just the tubes to provide additional samples.”

READ  Scientists grow plants in lunar soil for the first time: ``everything sprouted'

Earlier in May, the EGS and Jacobs . integrated operations team Intake of ICPS helium check valve and secret hydrogen leakage in the primary stage Issues.

“The check valve was fine,” Blevins said. “We swallowed a small piece of debris that kept the check valve open, which is why it didn’t pass the backflow check. [at the pad in April]. “

A broken rubber quick-disconnect seal was the source of the debris, and Blevins said engineers are continuing to investigate the root cause. “We have an error tree; we’re working through that error tree. There are a lot of shady things out there,” he said.

“All of those are under mitigation, if you will, or they are going to be under mitigation. We want to look really seriously at that and not jump to conclusions about that particular with the helium filling system.”

“I feel very confident in the system we have today because we x-rayed it; we scanned for [verify] that it is in the design configuration and is indeed so,” added Blevins. The bolts on the flange of the primary stage liquid hydrogen tail service mast have also been re-tightened after being found during post-recoil checks, so that they are not fully insulated, but it is known to Hydrogen leaks are difficult to detect at ambient temperatures, so this fix will eventually be tested during the next tank attempt. 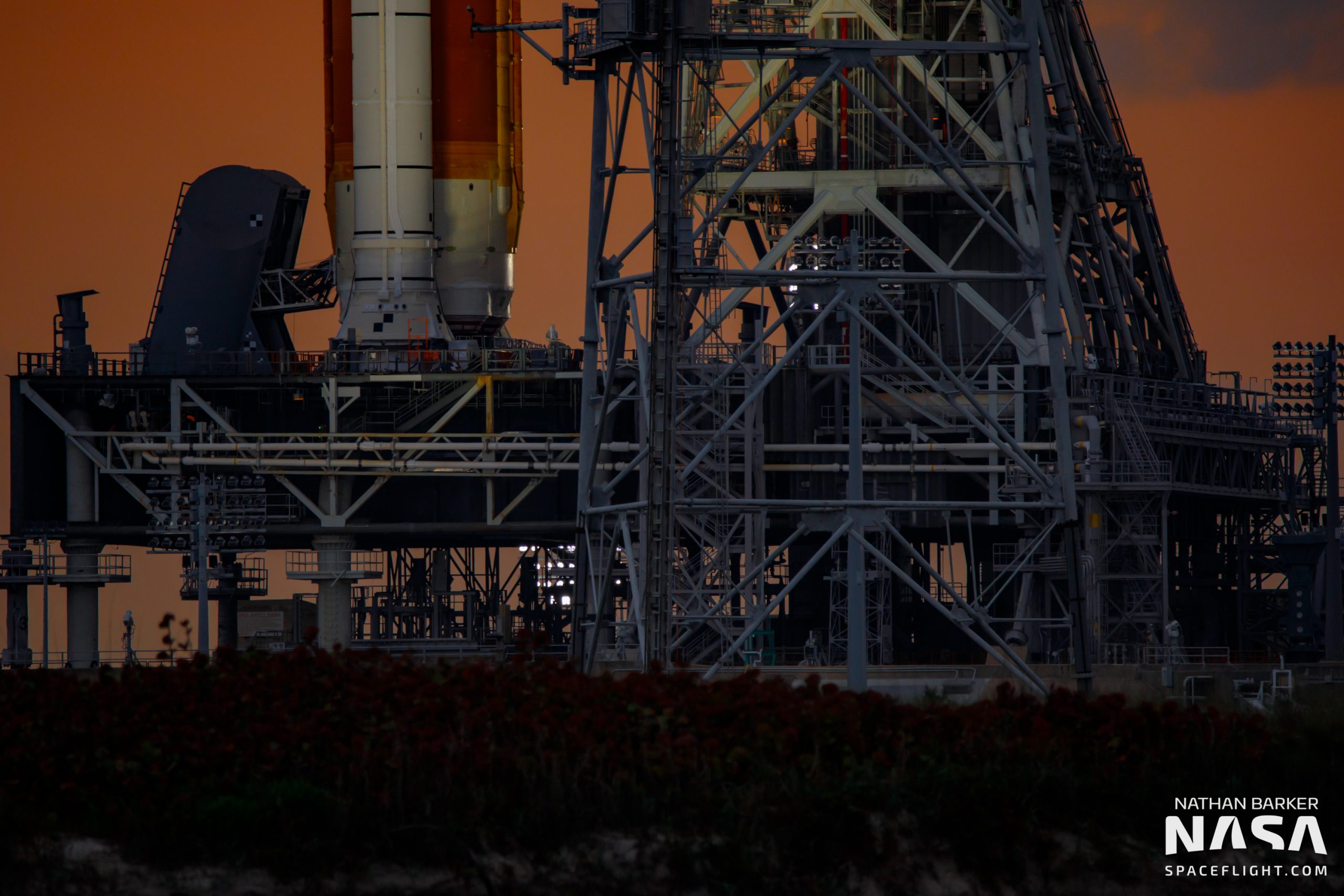 The rear service masts that will feed the primary stage will be LH2 and liquid oxygen. As seen here, the LH2 mast can be seen with the e LOX mast completely hidden behind it. Both commodity TSMs are connected to the same side of the base country. (credit: Nathan Parker for NSF L2)

Meanwhile, KSC and Air Liquide conducted a long-term and comprehensive GN2 supply test on Pad 39B to verify repairs and upgrades to the plant in mid to late May. “They take liquid nitrogen, and there are different ways you can gasify the commodity,” said Tom Whitmaier, NASA associate deputy administrator for the development of Joint Exploration Systems.

“Could you [use] Steam generation. It looks like a small drip coil; You heat this liquid and turn it into a gas. The second thing you can do is you can use air exchangers. And air exchangers are literally what they sound like, big cooling towers located outside that heat liquid nitrogen and turn it into gas.”

“They added these air exchangers in addition to the steam generators we had before, and this is really a type of belt and suspender,” Whitmer added. “This added capacity for the air exchangers and the ability to switch back and forth really added some amazing capacity and we’re happy to have it.”

“We requested a long-term test, and the provider provided it,” Blevins added. “Every part of the profile [during the test] It exceeded what we would do in terms of duration and volume of nitrogen demand with simulated resistance in the pad or dampers. “

“It is a very important commodity, which is of course the reason for our regression. I am confident, but also cautious because I need this commodity. [We] I’ve worked hard to clear the devices if we can’t provide the disinfection, so I’m ready to go based on that test.” 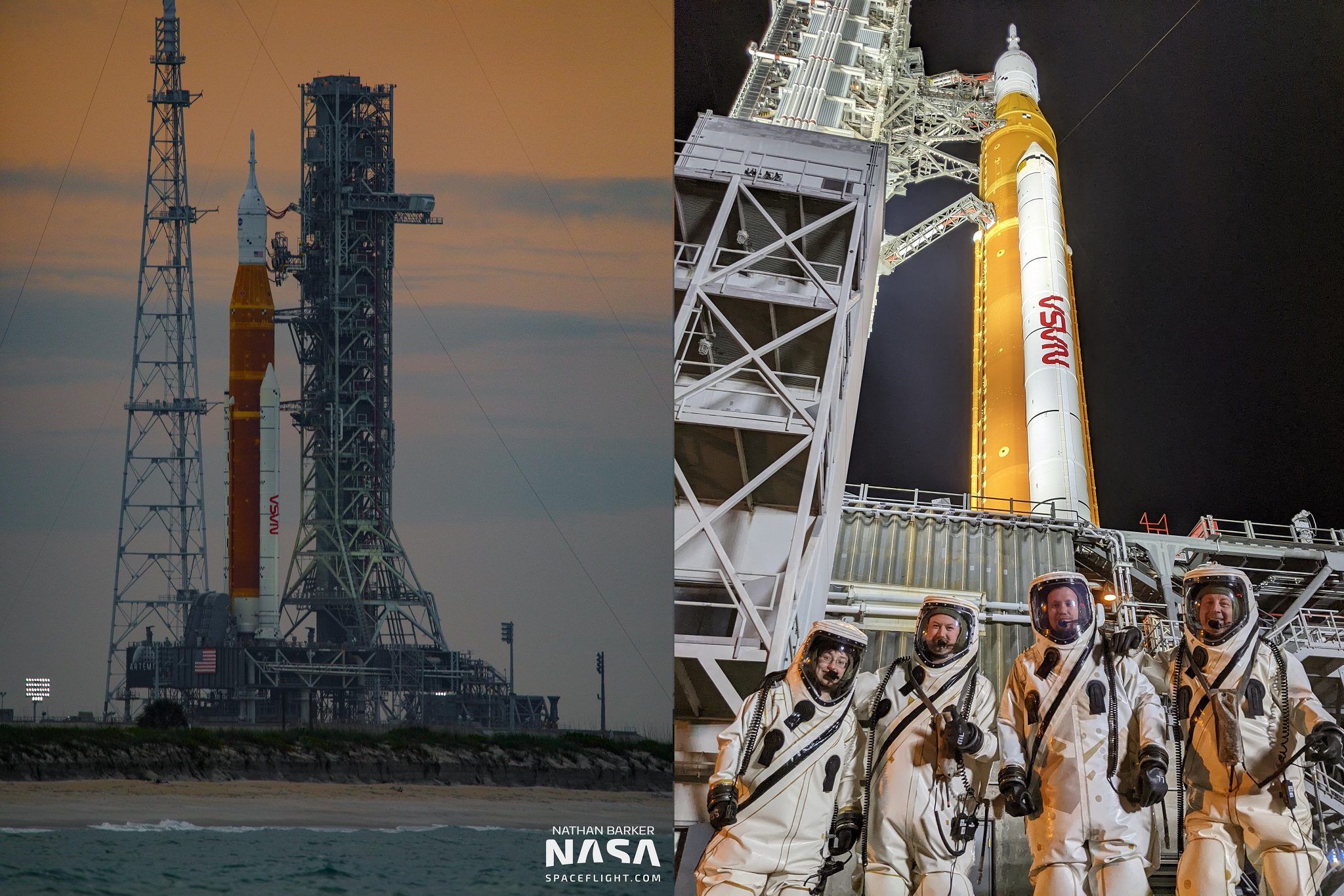 During the WDR attempt on April 14, the second GN2 supply collapse was even more serious because the SLS core stage was still partially loaded with liquid hydrogen and liquid oxygen. Since propellant was still moving through the lines between the vehicle and the launcher and launch pad, a backup source of nitrogen gas provided by the rechargers at KSC’s Converter Compressor Facility (CCF) was used to allow propellant discharges to continue.

The last major test before launch is planned

With repairs and upgrades in place, it will take about two weeks for launch teams at Pad 39B and at the launch control center adjacent to the VAB to prepare the Orion, SLS, Mobile Launcher and the board for “launch day” the next day trying wet clothes training, currently expected on June 19 [of schedule margin] Lanham said on May 27.

“It’s Florida in June, so thunderstorms are expected, and we’ll also work on any range restrictions that might emerge.” The Cape Canaveral Space Force Station (CCSFS) and Eastern Test Range are busy with frequent SpaceX launches and other commercial launches, and WDR is a dangerous operation that must be coordinated with launches at KSC and CCSFS.

With the ICPS helium system restored to full functionality, the next attempt at wet clothes preparation is set to be a full test, almost identical to the launch countdown to the last seconds. WDR is planned as a complete countdown test of Orion, SLS and ground systems to demonstrate that the hardware and software are ready to launch the SLS engines and boosters to finally launch Artemis 1.

During the two weeks from start-up to SLS two-stage propellant loading, teams will connect the vehicle and mobile launcher systems to the power, data, fluid and fuel transmission lines of Pad 39B. As was done in late March before the first WDR attempt, the launch team will once again run Orion and SLS and verify that these connections are working.

After the cushion checks, the last major operation before the countdown begins is servicing the power units for hydraulic systems on solid rocket boosters. The Shuttle Heritage Booster hydraulic power units will be loaded with their own hydrazine fuel, and then the launch team should be in a position to begin the two-day countdown, which is currently expected in the late afternoon of June 17. 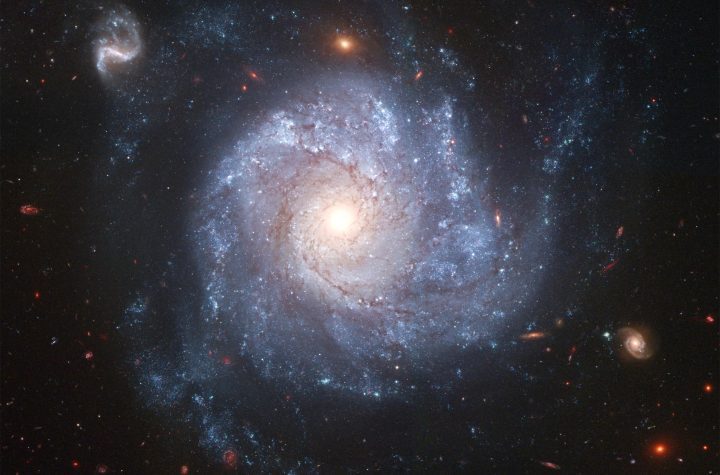