The third season of Star Trek: Picard It has already been filmed and will feature the return of the main cast of Star Trek: The Next Generation. Now showrunner Terry Matalas is dropping more hints about the final chapter of Piccard.

Weekend model Teri Matalas shared a short video from the set of Season 3, which began shooting right after Season 2 ended last September. The video shows the crew being told not to sit on the bridge chairs unless their name is Terry or Doug (director Doug Arniukowski).

Since filming for Season 3 began last September, Matalas was sharing photos From the bridge and other Starfleet sets that will be a major part of Season Three. At the opening of Season 2 and closer, we saw the USS Stargazer, which led to the assumption that the video above and all the photos shared during production of Season 3 are also the Stargazer, assuming it’s the central ship of Season 3. However, this weekend when a fan inquired about the video since filming began in Season 3, he asked, “Should we take this to indicate that Stargazer is part of Season 3?” “This is not a stargazer,” Matalas revealed. He also added a little smiley face emoji with that little bombshell.

This is not a stargazer. 😏

The ship shown in the video obviously uses the same bridge assembly designed for the Stargazer and it’s hard to see any significant differences. Compensation sets for different ships are of course nothing new in Star Trek. This leaves the interesting question of which ship it could be? Will the observer have any role in the third season?

The Season 2 finale also raises a question about Seven and the Stargazer. Picard gave her a field commission and made her in charge of the ship in the season two finale. This may be preparing Seven to finally be a part of Starfleet for Season 3, but will she stay with the Stargazer, or join this other ship?

The return of Team TNG includes another mystery. What role will Brent Spinner play? With Spiner’s TNG character data finally being put to rest in the first season of PiccardOne fan suggested that Spiner could play “another Soong” or possibly Lore, Data’s evil twin brother. Matalas replied, indicating that Spinner would play something else.

A good guess for the role of Spiner in Season 3 would be a return to his first season for internet world character Dr. Altan Inigo Soong, who was last seen at Synth homeworld in 2399. So while he will be Soong, technically he won’t be ‘another Soong yet’ ‘, because he already played the role. The only clue so far is that Spiner’s dialogue is heard in the voiceover in the cast’s trailer for Season 3 saying “Evolution is not an act of preservation. It’s an add-on,” which fits perfectly with Altan Soong’s character. However, with Spiner, one never knows what role he could play in Star Trek. 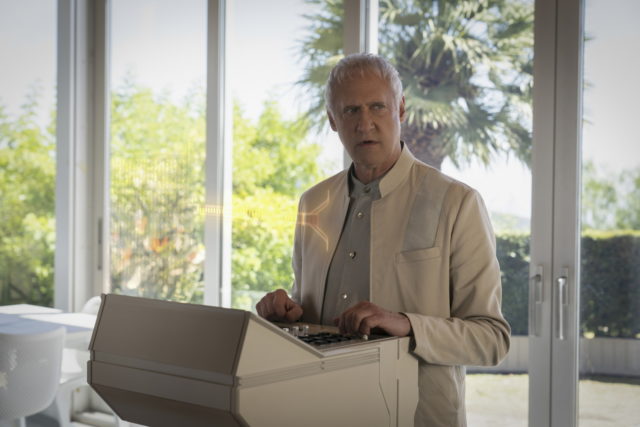 Brent Spiner as Altan Soong in Season 1 of Piccard

Another fan question that Matalas answered unobtrusively this weekend was about the possibility of seeing Laris in Season 3. Season two ended with Lares and Picard finally meeting. Picard’s ability to express his love was the whole point of Q’s time travel lesson for this season. Asked if we would “meet Lares and Jean-Luc together in Season 3,” Matalas replied, “Yes. But…”

As shown in the file Report earlier in the weekOrla Brady noted that she wrapped up playing Lares early on during the third season production. So Matalas is likely referring to Lares’ appearance in Season 3, but it’s not a huge part of the season. 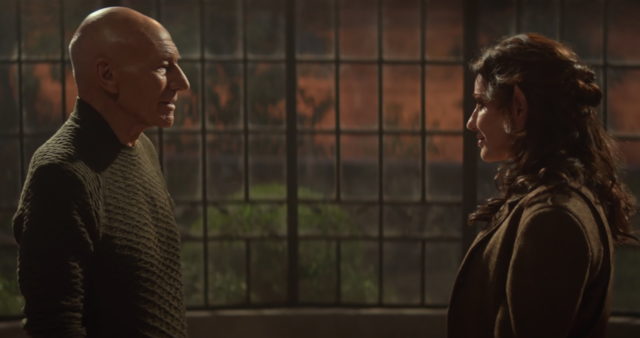 No word yet when the third season of Star Trek: Picard will debut.