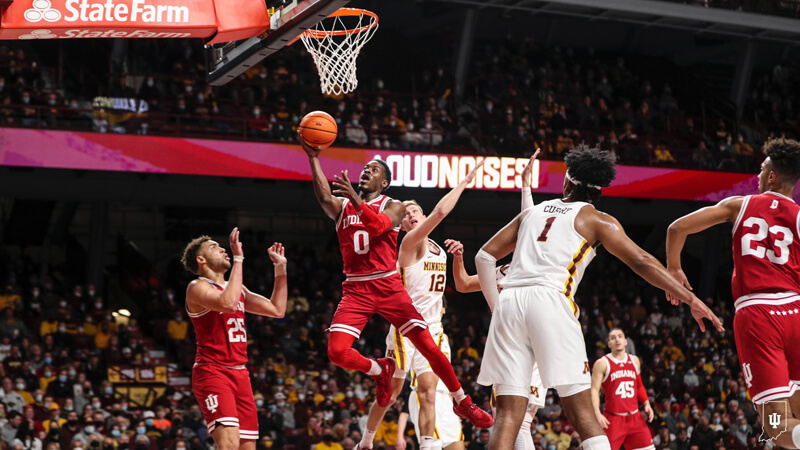 how did that happen: Indiana went out shooting Sunday evening at Williams Arena. Minnesota got under the screens, played in a certain area and the Hoosiers took advantage of that. Indiana connected on five of its first seven attempts from beyond the 3-point arc. The Hoosiers led by 12 at 27-15 at 10:17 of the first half. But Minnesota got too hot to close the game and Indiana had to lead 40-33 at the break. In the first inning, Xavier Johnson’s 16 points were prime as IU scored 1.24 points per possession. Hoosiers repaid 53.3 percent.

The Hoosiers expanded the lead to 13 at 49-36 with their first media timeout in the second half. Indiana made three of its first six shots in the second half and was able to expand the lead thanks to Minnesota’s poor start. The Gophers were 1 of 4 to start the second half with three turnovers. By 13:48, Indiana was up 53-36 after submerging Jordan Geronimo in the transition. Miller Kopp made a triple pointer and jumped to extend the lead to 20 at 58-38 at the 12:29 mark. The Rob Phinisee 3-pointer gave Indiana a 25-point lead with 10:33 to play. The Phinisee 3 index made another 27th lead with 8:21 to go.

However, Minnesota did not stop the fight as Indiana relaxed by a large margin. Golden Gopher used a 24-4 run to hit a distance of seven on the Payton Willis 3 Index with 2:36 to go. Johnson pushed the difference to nine free throws with 2:04 to play. Minnesota kept fighting and took a three-pointer on an EJ Stephens 3 pointer with just over five seconds to play. Johnson made two free throws 3.9 seconds to take a five-point lead and take victory.

The win, an 18th in Indiana, improved the Hoosiers to 9-9 in team play with two regular games remaining.

Outstanding performance: Johnson was on fire for the second game in a row, finishing the game with 21 points, eight assists and six rebounds in 31 minutes.

The statistic that stands out: Indiana made 10 of 21 three-pointers (47.6 percent) and scored 1.23 points per possession. 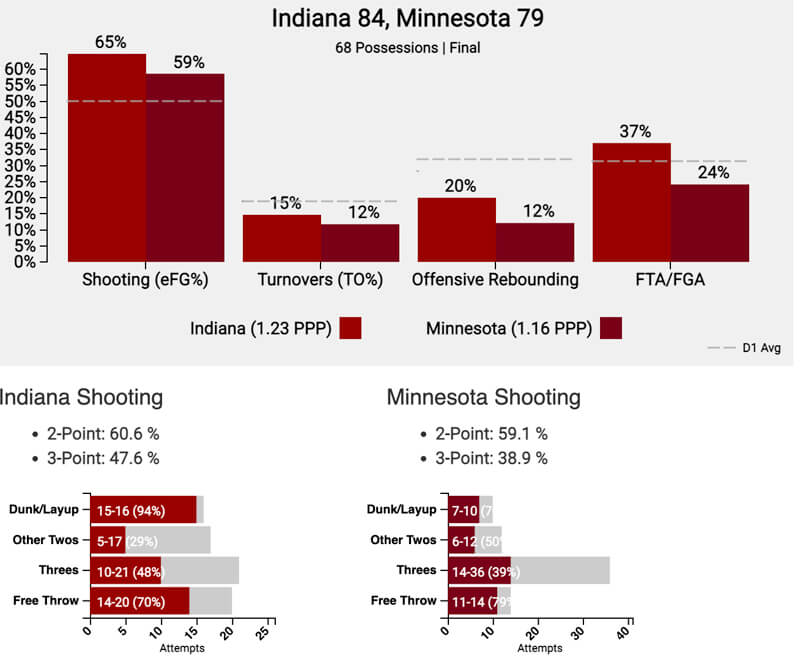